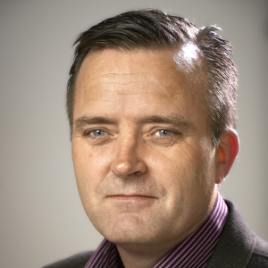 Mr. Jan Olsson has worked as a Swedish police officer for 30 years, of which 14 years as an expert in fraud. He was involved in starting the National Fraud Center 2013-2014 and has been at the National IT Crime Center (Noa) / Swedish CyberCrime Center (SC3) for 3 years as a Superintendent / Operations Developer / P3 coordinator.

Mr. Olsson gives lectures about 50 times a year in Sweden and in Europe / USA. He has a media responsibility for the past 12 years, which has resulted in thousands of interviews.
He participates in international police cooperation within Europol, Interpol, Ameripol etc. and educates both internally and externally, but also outside Sweden under CEPOL's umbrella.

Mr. Olsson has been a member of the Continuing Education Institute-Europe Faculty since 2021.

Lecture 107 Cybercrime - Can We Protect Ourselves?