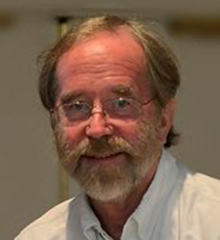 The focus Professor Joseph E. Greene´s research has been the development of an atomic-level understanding of adatom/surface interactions during the dynamic process of vapor-phase crystal growth in order to controllably manipulate nanochemistry, nanostructure, and, hence, physical properties. His work has involved nanotechnology and film growth by all forms of sputter deposition, solid and gas-source MBE, UHV-CVD, MOCVD, and ALE.

Joe has published more than 500 papers and review articles, 22 book chapters, and co-edited 4 books in the general areas of crystal growth, thin-film physics, and surface science. He is currently Editor-in-Chief of Thin Solid Films and past Editor of CRC Critical Reviews in Solid State and Materials Sciences. Joe is active in the AVS where he has served on the Trustees, twice as a member of the Board of Directors, as President of the society in 1989, and is currently Secretary.

Major awards include: the AVS John Thornton Award (1991), the Tage Erlander Award (1991) from the Swedish Natural Science Research Council, Fellow of the American Vacuum Society (1993), Technical Excellence Award from the Semiconductor Research Corporation (1994), 1996 DOE Award for Sustained Outstanding Research, 1998 David Adler Award in Materials Physics from the American Physical Society, 1998 Aristotle Award from SRC, Fellow of the American Physical Society (1998), AVS Distinguished Lecturer (1998-present), David Turnbull Award form the Materials Research Society (1999), 2001 International Scientist of the Year, Elected to the European Academy of Science in 2002, and Elected to the US National Academy of Engineering in 2003. Fellow of the Materials Research Society 2013, Lifetime Achievement Award 2013 from the Taiwan Association for Coatings and Thin Film Technology for "seminal contributions to understanding the physics, chemistry, and materials science of thin films and nanoclusters. The SVC Mentor Award 2015 and the 2016 World Expert Lecturer Award, University of the Philippines.

Professor Greene has been a member of the Continuing Education Institute-Europe faculty since 1985.

Course 051 Thin Film Deposition at the Nanoscale - Mechanisms and Applications