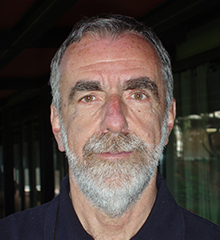 Professor Benedetto is Area Editor for Signal Design, Modulation and Detection for the IEEE Transactions on Communications. He has been the President of the IEEE Communications Society in years 2014-2015. He has been a member of the Board of Directors of the Italian Agency for the Evaluation of Universities and Research Centers from 2011 to 2016.

He is a Fellow of the IEEE.

Professor Benedetto has been a member of the Continuing Education Institute-Europe faculty since 1999.