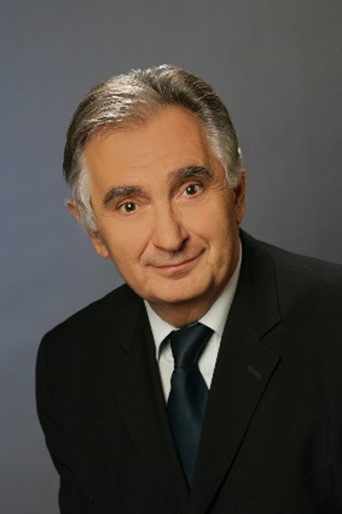 Dr. Sorin Fericean is a professional expert on the subject of design and manufacturing of electronic sensors for industrial applications.

Up until 2015, he had been engaged in business for more than twenty-five years with one of the ten global players on the field of industrial sensors, that is Balluff GmbH Company, Germany.

He started here as a sensor design engineer and completed inductive sensor development projects. Later Dr. Fericean was promoted to become head of a development department, responsible for company ASIC-design projects in cooperation with several IC design houses and manufacturers in the US and Europe (EXAR, Unitrode, Texas Instruments, Silicon Swindon, XFAB, etc.). In the time frame between 1995 and 2015 he managed in person more than eight ASIC projects including concept elaboration, schematics development, electronic circuits design and simulations, integration processes benchmarking and approval, layout design, prototypes verification and validation, release for the serial production, etc.

In 2006, Dr. Fericean assumed responsibility for the then newly established Research and Development R&D Department at Balluff named the "Company Innovation Management” with two core competences: designing and prototyping of sensors based on novel functional principles, as well as innovation and intellectual propriety management.

Since his retirement in 2015, Dr. Fericean has been working as a freelancer in his consulting office FerSensC / Germany, carrying out sensor design projects for industrial partners.

His research fields are sensor engineering in general and inductive sensors in particular, ASIC designing, testing and release for serial production as well as microwave-based sensors.

Dr. Fericean is an IEEE senior member and has actively and repeatedly participated in IEEE Conferences on Sensors as well as in other scientific events in USA and Europe.

He has coauthored two volumes on sensors published in Germany and is the single author of the extensive technical volume “Inductive Sensors for Industrial Applications”, ARTECH HOUSE Boston / London, 2019.

He has appeared as author or co-author of 40 professional articles (issued in IEEE, Elektronik, Technisches Messen, etc.). His inventiveness shows in 35 patent families (a total of 75 patent drafts), the vast majority of which have already been granted (in Germany, Europe, USA, China, etc.) and implemented on a large scale.

Dr. Fericean has been a member of the Continuing Education Institute-Europe Faculty since year 2021.