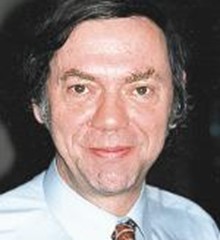 Dr Steve C. Cripps obtained his Ph.D. degree from Cambridge University, England. He worked for Plessey Research (now GECMM) on GaAsFET hybrid circuit development. Later he joined Watkins-Johnson's solid state division , Palo Alto, CA, and has held Engineering and Management positions at WJ, Loral, and Celeritek. During this period, he designed the industry's first 2-8 Ghz and 6-18 Ghz 1 watt solid state amplifiers, and in 1983 published a technique for microwave power amplifier design, which has become widely adopted in the industry.

In 1990 he became an independent consultant and was active in a variety of commercial RF product developments, including the design of several cellular telephone power amplifier MMIC products. In 1996 he returned to England, where his consulting activities continue to be focused in the RF power amplifier area.

Dr Cripps has been a member of the Continuing Education Institute-Europe Faculty since 1995, and is a Professorial research fellow at Cardiff University, UK.