Blockchain technology is foundational for the expansion of the Internet, economy and industry into the next age of digitalisation.

The first blockchains were based on the intersection of cryptography, economy and game-theory, but the original innovation of an anonymous (probably) cryptographer has had unforeseen consequences and applications within areas way beyond currency or finance. From supply chain to start up funding, from identity management to decentralised energy trading, blockchains solve many problems where trust in third parties like notaries, banks, etc. was previously required. The disintermediation of trust that blockchain technology provides may be the push into the next age of computers, all we have to do is understand how it works and apply it to the right things.

Blockchain is a collective term for distributed ledgers, the tech behind most cryptocurrencies and decentralised data storages. It is a relatively immature technology with a fairly small amount of people developing the core technologies, but with a very large amount of people using it. The market capitalisation of the existing and ever increasing ca. 1200 cryptocurrencies is about 143 billion Euros as of October 2017 and they aim to solve various issues like anonymous and/or traceable payments, secure communications of Internet-of-Things devices or decentralised applications.

For the future development of blockchain technology, it is important that the core of blockchain is branched and developed in many directions. Proof-of-concepts have been deployed, consortia have been formed and the industry is booming. But to start applying blockchain in your setting, a certain set of tools need to be acquired.

This course aims to give you the necessary background knowledge and skills to understand and develop blockchain technology within you organisation. 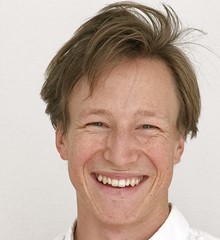 Master of Science in Engineering Physics

He has guest-lectured at the technical university of Munich and held workshops on blockchain technology in corporations and public conferences.