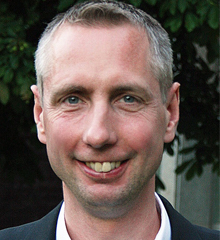 In 2018, he achieved the status of the habilitation, which makes him an independent scientist in the field of visual media communication. He was with Institut für Nachrichtentechnik, RWTH Aachen University (head: Prof. Jens-Rainer Ohm) as a researcher from 1997-2006, and as senior researcher and head of administration from 2006-2018.

Since July 2018, he is with Lehrstuhl für Bildverarbeitung, RWTH Aachen University (head: Prof. Dorit Merhof) as senior researcher, leader of the Visual Media Communication group, and head of administration.

His research interests include image and video processing, immersive, space-frequency adaptive and scalable video compression, and robust video transmission. Mathias has been an active contributor to VVC, HEVC, and H.264/AVC. He has participated and contribute to ITU-T VCEG, ISO/IEC MPEG, the Joint Video Team (JVT), the Joint Collaborative Team on Video Coding (JCT-VC), and the Joint Video Experts Team (JVET) of VCEG and ISO/IEC MPEG.

He has served as a co-editor of the scalability amendment to H.264/AVC (SVC). In the aforementioned standardization bodies, he has co-chaired and coordinated several AdHoc groups as well as tool- and core experiments. Mathias has published more than 60 scientific articles and conference papers in the area of video coding and has co-authored several patents in this area. Mathias has further authored and co-authored more than 200 standardization documents. He has published the Springer textbook “High Efficiency Video Coding: Coding Tools and Specification”, which fully covers Version 1 of HEVC.

Dr. Wien has been a member of the Continuing Education Institute-Europe Faculty since 2019.