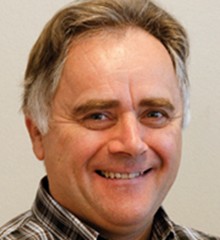 Professor at Delft University, The Netherlands.

Dr. Theuwissen received his Ph.D. degree in electrical engineering from the Catholic University of Leuven, Belgium.

In the ESAT laboratory he focused on semiconductor technology for linear CCD image sensors. From 1983 till 2002 he was involved in research in the field of solid-state image sensing, SDTV- and HDTV-imagers, CCD as well as CMOS solid-state image activities at Philips Research Laboratories in Eindhoven, the Netherlands. In 2001 Dr. Albert Theuwissen joined the Delft University of Technology as part-time professor and in 2002 he joined DALSA Corp. to act first as the company's Chief Technology Officer and later as the Chief Scientist of DALSA Semiconductors.

In 2007 Dr. Theuwissen founded Harvest Imaging and since then he is fully focusing on training, coaching and consulting in the field of solid-state imaging technology.

Dr. Theuwissen is the author or co-author of many technical papers in the solid-state imaging field, has issued several patents, authored a textbook "Solid-State Imaging with Charge-Coupled Devices" in 1995, and been appointed an IEEE distinguished lecturer. He is the founder of the Walter Kosonocky Award, which highlights the best technical paper in the field of solid-state image sensors. He was general chair of the International Image Sensor Workshop in 1997, 2003 and 2009. Since 1998 he has served as a member of the Technical Program Committee of ISSCC, and in 2010 he was Chair of the International Technical Program Committee of ISSCC. Dr. Theuwissen is a member of the editorial board of the magazine "Photonics Spectra", an IEEE Fellow, and a member of SPIE. In 2008 he also received the Fuji Gold Medal for his research, development and education work in the field of solid-state imaging. Furthermore, Dr Theuwissen was elected Electronic Imaging Scientist 2011 at the Electronic Imaging conference held in San Francisco, USA. In 2013 he received the Exceptional Service Award of IISS and in 2014 the SEMI Award.

Dr. Theuwissen has been a member of the CEI-Europe Faculty since 1999.

e-Course 601 - Introduction to Correlated and Uncorrelated Noise in Imagers

e-Course 602 - Characterization of Noise in Dark

e-Course 603 - Characterization of Noise with Light