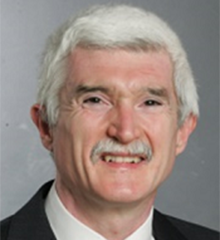 Mr. Joffe has over 25 years of experience in government and industry, in EMC/E3, Electromagnetic Compatibility/Electromagnetic Environmental Effects, for electronic systems and platforms, in particular aircraft and aerospace. He is actively involved in the EMC design of commercial and defence systems, from circuits to full platforms. His work covers various fields in the discipline of EMC, such as NEMP and Lightning Protection design, as well as numerical modeling for solution of EMC Problems.

Mr. Joffe has authored and co-authored over 30 papers in the IEEE Transactions on EMC and Broadcasting, as well as in the proceedings of International EMC Symposia. He is also the lead author of the book "The Grounds for Grounding", published by IEEE Press and John E. Wiley and Sons in early 2010. He is a Senior Member of IEEE, President of the IEEE EMC Society and member of the Board of Directors of the IEEE Product Safety Engineering Society. He is also the Immediate Past Chairman of the Israel IEEE EMC Chapter and has served as a "Distinguished Lecturer" of the IEEE EMC Society.

Mr. Joffe has been a member of the Continuing Education Institute-Europe Faculty since 2004.

Course 060 Grounding and Shielding: The Essence of EMC Design